Glendale Latino Association will present the 2018 Honorees at their annual Installation and Awards Luncheon on February 28 at the Oakmont Country Club.  This year’s honorees are:

Paula is currently a member of the City of Glendale and served as the Mayor from 2016 to 2017.

During her professional career, she was a secondary teacher, department chair, coach, first Girls’ Athletic Director (post Title IX), and a Keywanette sponsor (Kiwanis affiliate for teen girls). She hold a Master’s Degree in Education Administration.

Her volunteer/service career began when she retired in 2001. She started at the City of Hope Research and Medical Center, where she volunteered in the Positive Image Center, assisting and supporting cancer patients dealing with side effects of cancer treatments.  Soon after, she became involved with the 1st Annual Glendale Relay for Life.  She served on this committee for five successful years. This led to an appointment to the Glendale Commission on the Status of Women on which she served for eight years – three years as Chair and two years as Vice Chair.  Among her accomplishments on the Commission was the initiation of the Commission Project Rescue (CPR) grant, which provided funds for the Glendale Police Department to find alternate housing for victims of domestic violence in emergency cases.  Her work on the Commission included promoting and supporting many programs such as Senator Carol Liu’s Pathway Program (which focused on financial literacy), the Camp Rosie program for teen girls, Vigils for Domestic Violence victims and rallies against Sexual Assault.  She also served on the Safe Family Task Force and worked to establish a Safe Dating Curriculum in our Glendale Schools.

She has been honored and recognized with the following Awards:

As Paula continues her volunteer work in serving our community, her philanthropic endeavors focus on Education of our youth, Health Care of our residents and Homelessness.  With her strong belief in the importance of preparing our youth to be productive, successful citizens, she is proud to support the Glendale Latino Association’s Scholarship Program.

Paula and her husband, Art, have been Glendale residents for over 38 years. 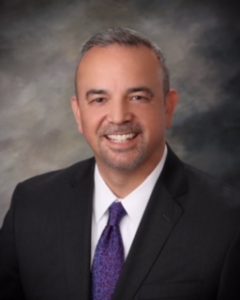 Michael J. Garcia was appointed City Attorney for the City of Glendale, California in September, 2011.  As the City’s chief legal officer, Michael advises the City Council, City Manager, and the City Executive team on a wide variety of municipal law issues, with a particular emphasis on the Brown Act, the Public Records Act, conflict of interest and other ethics laws, campaign finance, affordable housing and land use.  He also provides oversight in many other areas of law practiced by the City Attorney’s Office, including litigation, employment, and Proposition 218 and Proposition 26 compliance.

Prior to his appointment as City Attorney, Michael served as Glendale’s Chief Assistant City Attorney from 2005 to 2011.  As Chief Assistant City Attorney, he was the City’s principal land use legal advisor and counsel for the City’s Planning Commission.  He also was the primary supervisory of the Office’s legal and professional staff.  Prior to joining Glendale, Michael held various positions in the Burbank City Attorney’s Office, with a primary emphasis on redevelopment, affordable housing, and land use.  He worked in the private sector advising municipal law clients prior to joining Burbank.

Michael attended University of California, San Diego (Earl Warren College) and graduated with a Bachelor of Arts in Political Science with minors in Economics and History.  While at U.C.S.D., Michael earned the Chicano/Latino Alumni Association’s Outstanding Community Service Award.

Michael graduated from University of California, Hastings College of the Law in San Francisco, California in 1997, where he was a member of the Wechsler First Amendment Moot Court Team and the Hastings Communications and Entertainment Law Journal (COMM/ENT).

Michael is an active member of the City Attorneys Department of the League of California Cities, where he has served on the Nominating, FPPC and Brown Act Committees and the City Attorneys’ Association of Los Angeles County (CAALAC), where he served as President in 2009.  Michael was a founding board member of Great Minds in STEM in Los Angeles, a nonprofit dedicated to promoting science, technology, engineering and science careers in underserved communities. 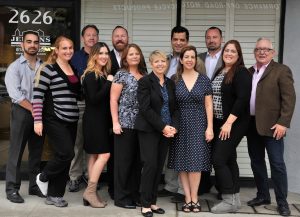 Jenkins Properties Management Company, Inc. began in 1987 managing the investment properties of Dr. Horace Jenkins M.D., specializing in maximizing and increasing the value of his portfolio.

His success became known to other investors who sought the services of Jenkins Properties. During this time, the company expanded the scope of its services to include senior housing, low income housing, constructive rehabilitation and the management of community associations.

Maintenance and repairs are also known to be essential to the success of an investment properties. Jenkins Properties’ maintenance department keeps on top of all possible problems by doing regular inspections of its properties and anticipating mayor damages.

In 2015 the company was acquired by the current owners and continues to expand as a Corporate Real Estate Brokerage firm.